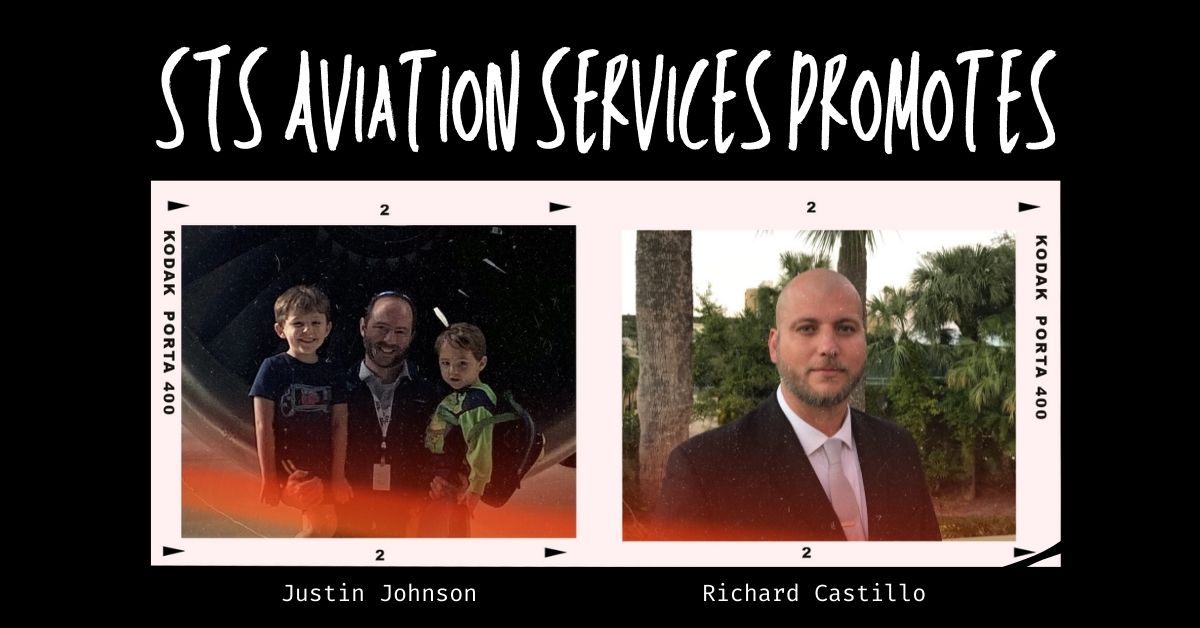 The success of the STS Aviation Services‘ team is dependent upon the success of its people. When one of us wins, we all win, and when we all win, we celebrate those victories together. That is why it gives us great pleasure to announce the following two promotions…

Justin is now directly responsible for the material and tooling aspects of STS Aviation Services’ base maintenance operation in Melbourne, Florida. Justin is graduate from the University of Alabama and has more than 15 years of industry experience in MRO materials, logistics and tooling; including previous oversight of major STC modifications in China, Canada, Costa Rica and the United States.

“I am excited for the opportunity to continue the growth of our rapidly expanding capabilities throughout our customer base and the aerospace community,” sites Johnson. “By providing global solutions to our customers, we are able to increase efficiency across many aspects of the business. The success of our organization is predicated on the core values of professionalism, respect, integrity, dependability, and enthusiasm. I look forward to building on these values in my new role to achieve our common goals, objectives and customer satisfaction.”

As for Richard, he is now directly responsible for the production and planning aspects of the business. He brings more than 20 years of experience to the table having previously held positions as an MRO Program Manager, Planning Manager, Contract Manager and more. In addition, Richard served in the United States Coast Guard for 12 years and is a graduate of Embry-Riddle with a B.S. degree in Aeronautics.

“It is an exciting time in our industry as well as for all of us at STS Aviation Services. Although we have faced many challenges over the past couple of years, our team has remained dedicated, focused and determined to improve, enhance, and grow our business,” states Castillo. “I am honored and eager to continue this trend in my new role. The family culture and management support system here at STS is unparalleled, and I am proud to be part of the team. We are looking forward to strengthening the relationships with our current customers and welcoming new business through 2022 and beyond.”

Please join us as we congratulate both Justin and Richard on their recent success. As mentioned at the top of this post, when we win, we do so together, and we couldn’t be any more proud of these guys. Their work is exceptional, and their work ethic is exemplary.

Congratulations, gentleman. We are very proud of you both! 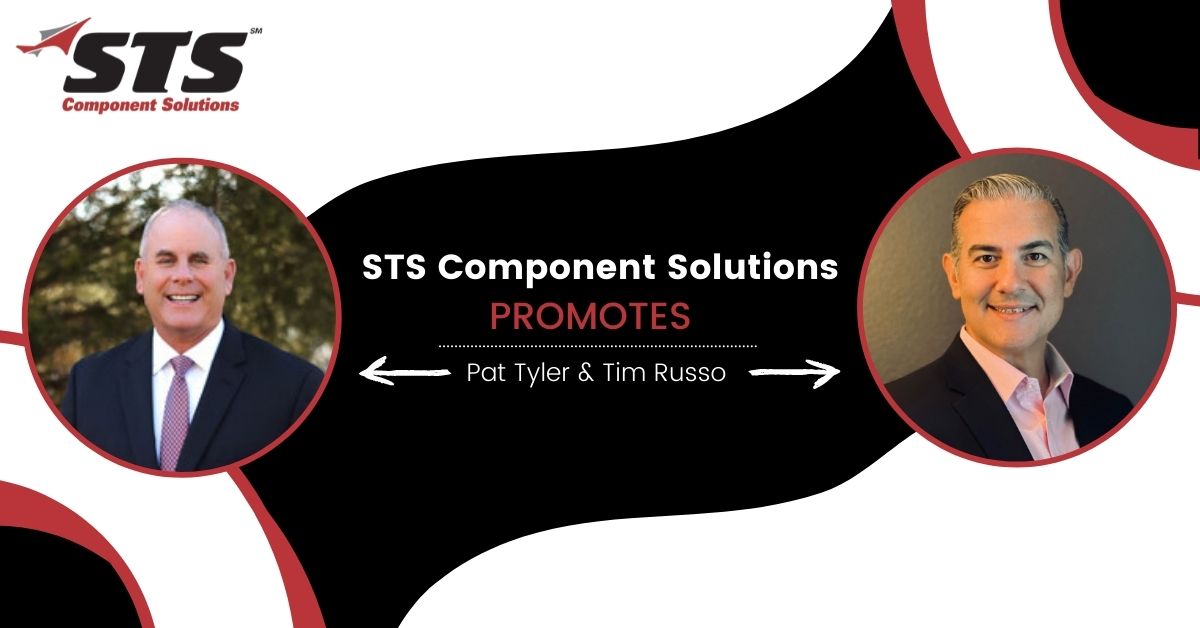 At STS Component Solutions, we believe in the value of celebrating small victories. As a team-first organization, individual triumph is often the result of company-wide collaboration paired with some good old fashion hard work. But it takes a village to build a successful enterprise, and we recognize that in order for us to thrive as a company, we must thrive together and support one another along the way. As such, it gives us great pleasure to announce the following two promotions…

Please join us in congratulating both Pat and Tim. Their time, dedication and commitment to the overall success of our organization deserves celebration, and we could not be any more excited about their recent success and future contributions.

Thank you kindly for taking the time, and congratulations again, gentleman. Your promotions are well deserved! 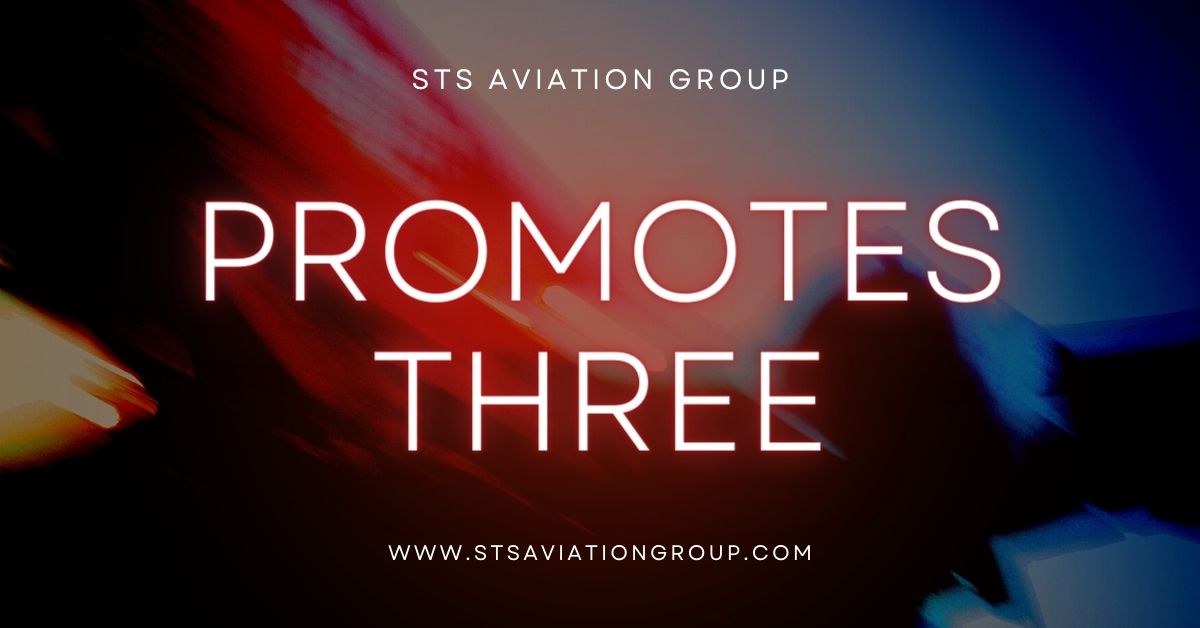 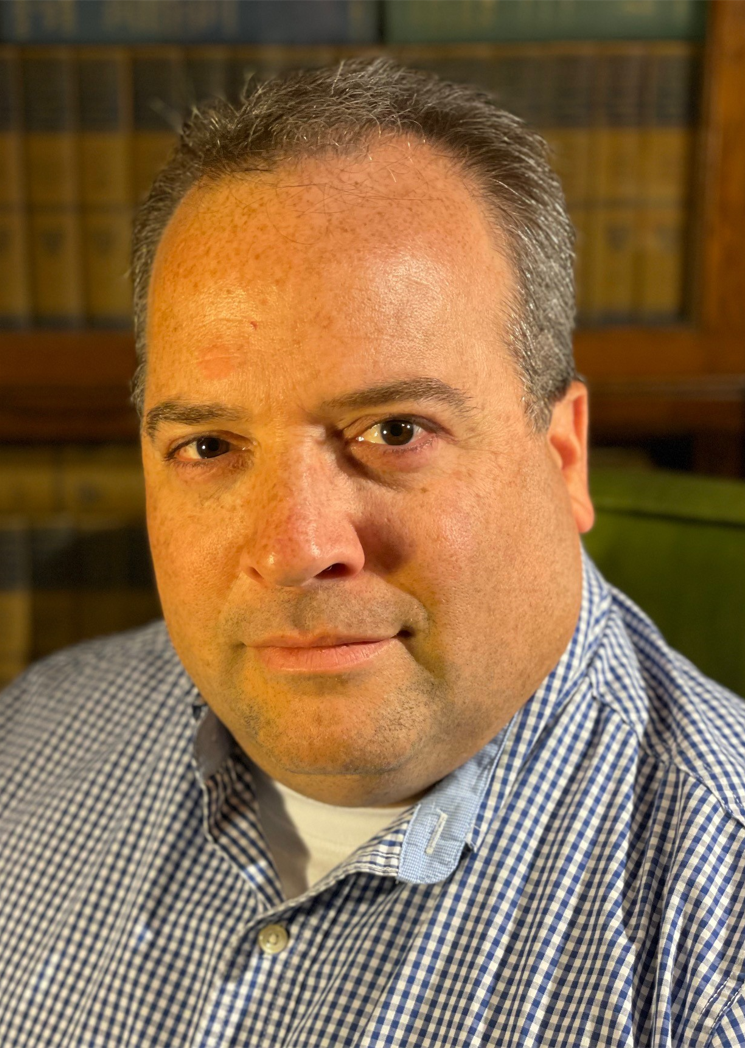 Rob Wire was recently promoted to Sr. Vice President of Information Technology.  He is a passionate IT Technology Leader who continually strives to build, and leverage, the most effective solutions to solve the strategic and tactical business initiatives for STS Aviation Group and its customers.

After serving four years in the Navy, Rob worked in IT through college, attained his private pilot license and completed a B.S. degree in Computer Science from the University of Central Florida. Soon after, Rob joined STS as its first Database Administrator in January of 2001.

Rob assumed the role of IT Manager for the company in 2002, and in 2004, he was promoted to the Director of IT; a role he held until 2008. Rob then worked his way up to Vice President of IT in 2009 before being promoted again into a VP role.

Rob’s day-to-day responsibilities include oversight of technology operations, planning, budgeting, and strategy for the organization’s entire technology stack.  Technology executives include the Vice President of Software Development, Vice President of Information Technology, and the Director of IT-UK; all of whom work with their respective teams in support of every front-facing STS division.

If Rob is not actively working with new technology, you can find him on the water sailing or assisting his daughter as she competes in sailboat regattas. 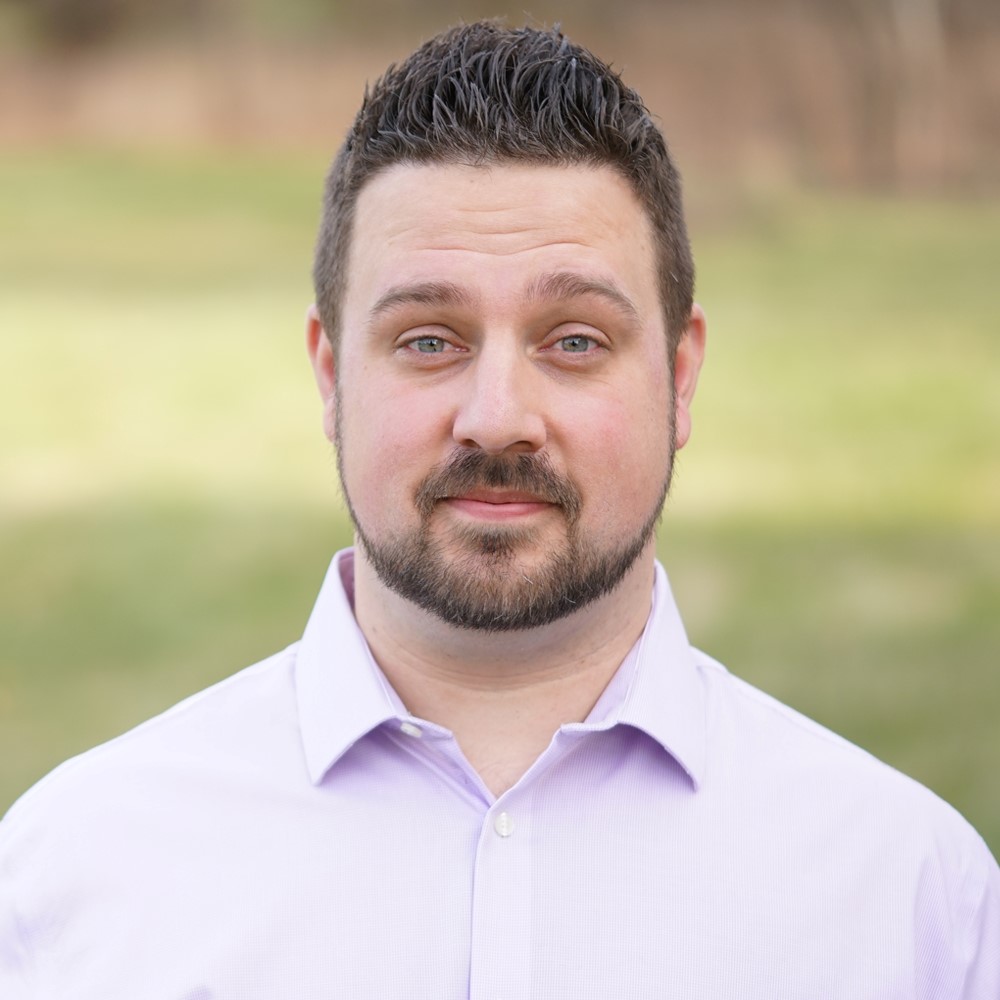 The majority of his career has been spent leading engineering efforts in industries such as education, finance and marketing.

Outside of work, you can find Josh joking around with his amazing wife, their two kids and beloved dog.

With his family and friends, Josh very much enjoys travelling, spending time outdoors, and competing over a board, card  and / or video games (things get heated).

He believes in teamwork and transparency and likes all kinds of music (including country). Josh lives by the motto, “The only thing better than having an ‘aha’ moment is playing a part in helping someone else have one, too.” 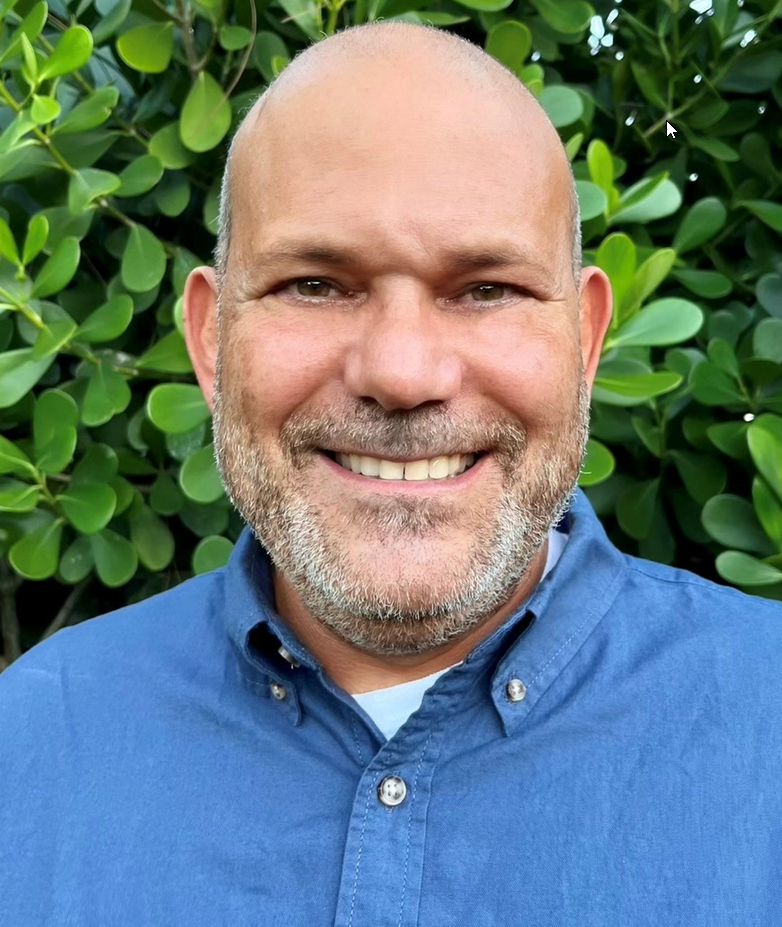 Nick Tornese, recently promoted to Vice President of Information Technology for STS Aviation Group, is an experienced IT professional with a results-oriented leadership style and hands-on technical skills. Nick has more than two decades of real-world problem solving and successful implementation of IT solutions experience that transcends STS Aviation Group’s business requirements.

Nick’s professional focus rests primarily on providing strategic direction and management of full-service IT organizations. In addition, a Master of Science in Finance from Georgia State University adds depth to Nick’s experience and skill set.

Nick’s career at STS Aviation Group began in 2016 as a Database Consultant. In 2017, he transitioned to the position of Enterprise Data Services Architect. In 2018, Nick was elevated to Director of IT and Data Services. Prior to his time with STS Aviation Group, Nick worked 15 years for Hewlett-Packard in a managed services capacity supporting many companies like P&G, Merrill Lynch, and the United States Defense Logistics Agency.